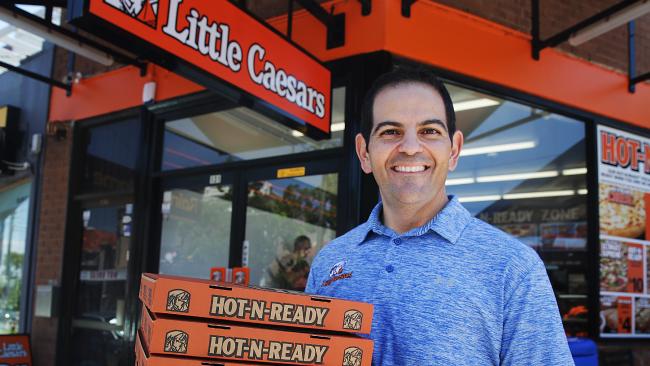 Ernie Koury, Director and owner of Little Caesars, Australia, hopes to open 400 stores across the country.

From The Queensland Times —

IF YOU thought the pizza market was already overcooked, think again — because a US heavyweight is hoping to take a big slice of our $3.7 billion action.

Established in 1959, American pizza chain Little Caesars has their sights set on Australia’s fast food market, and hope to become the biggest pizza franchise in the country.

Opening its first store in Casula in 2014, it’s been a slow burn for the franchise to develop across the country — with just four stores currently sitting in NSW.

But according to Australian director, Ernie Koury, the goal is to boom that number well into the hundreds over the next decade. 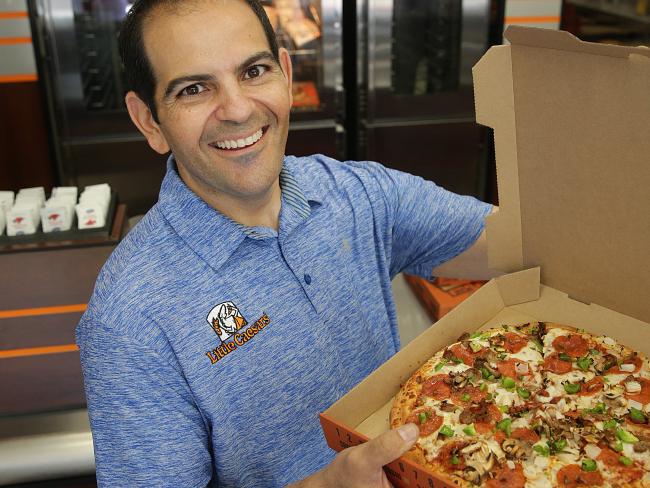 “But it’s important to get it right. This is not a contest of speed, and about how many stores I can build as soon as I arrive.”

Mr Koury, said his slow rollout is part of the plan to “develop the exact product required for the Australian consumer”.

“If I came to Australia and opened 20 stores at once, then realised we needed to change the format of our business to cater for local requirements — that would be much harder to do,” he said.

“That’s why we opened a single store, provided a product, and observed how it suited the marketplace.

“When you begin any venture like this, you need to make sure you have a core offering that you can watch, manage control and develop.” 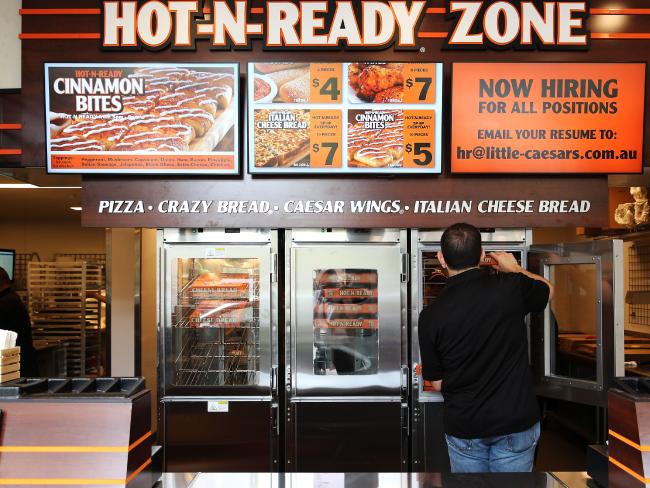 Little Caesars Pizza currently has four stores in Australia, with the goal of reaching at least 400. Source: News Corp Australia

Mr Koury says after Sydney, he hopes to open five more stores in Australia by the end of this year. And while he isn’t definitive on location, Adelaide, Melbourne, Brisbane, and regional Queensland are all in his sights.

As the third largest pizza franchise in the US, Mr Koury says his ‘Hot-N-Ready’ offering — which allows consumers to purchase and collect a pizza within 30 seconds — is an industry gamechanger.

“There’s lots of meal time choices out there, but it’s how we service our customers — by eliminating the planning and ordering ahead — that can’t be beaten,” he said.

“You can walk in, and within 30 seconds you can have a pepperoni or cheese pizza available straight away.

“Pizza is traditionally a longer term sale process with a lot of planning involved. But with our drive-through service, it actually takes longer to receive your change than to get a pizza.

“It’s something you can’t get anywhere else in the country.” 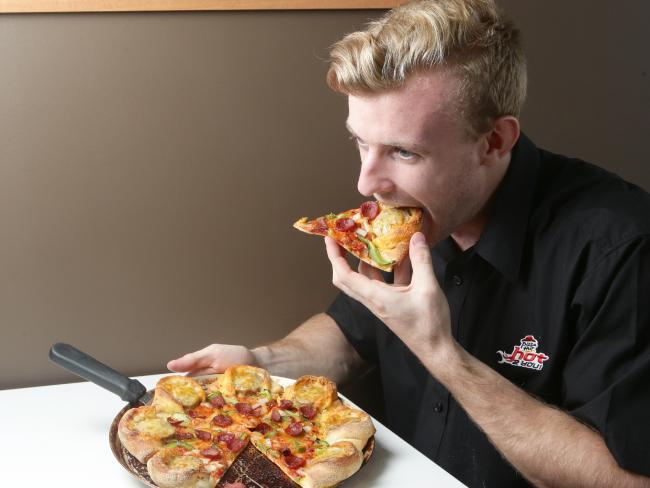 The Australian pizza market is currently dominated by Dominos, who have around 600 stores plotted across the country. Their franchise accounts for almost half of the sector, with Pizza Hut coming in second.

Last year, Pizza Hut brought out a significant portion of the troubled Eagle Boys pizza chain after they went into administration, and begun converting some of their stores with Pizza Hut’s own branding, boosting their overall store count to more than 320.

In the US, Little Caesars comes in as the third biggest pizza chain — after their first store was opened in Michigan almost 60 years ago.

The company has over 4000 stores in the US alone, and according to Nation’s Restaurant News, was recording annual sales of US$3.4 billion ($4.5 billion) in the US in 2015.

In Australia, the franchise has around 120 employees across NSW in its four stores.

“My father was the first franchisee to start Little Caesars in the western states of the US, starting off in Arizona” Mr Koury told news.com.au. 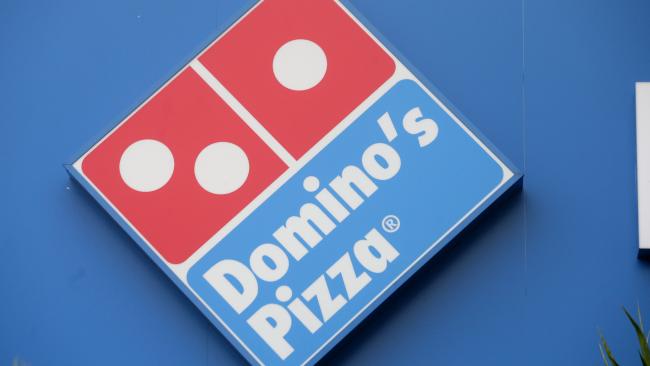 “As a chain that was around Michigan, his store was the first Little Caesars to start the expansion across the country.

“From the age of seven, I was rolling dough with my family, where myself and my siblings worked from a very young age.

“Arizona turned into one of the best markets in the country, which is when he set his sights on Australia.”

Moving to Australia in 1986 to scout the market, Mr Koury’s father decided “the time wasn’t right” to bring the pizza franchise down under.

“My brother and I owned El Paso, Texas and a store in Southern Mexico which we sold in 2009,” he said.

“Then in 2014, I packed up my family and moved to Australia — opening a store in Casula later that year.”

Mr Koury said his business model went through some major adjustments in 2016, after feedback from consumers from his pilot store.

Initially, Little Caesars didn’t have the delivery service, and they also served a pizza “too big” for Australian consumers.

“We needed to launch a fleet of scooters because delivery is so big here,” he said.

“Customers also complained that our sizing was too big, there was waste, so we changed our pizza from 14-inches to 12-inches, and lowered our price for Pepperoni and Cheese to just $5.” 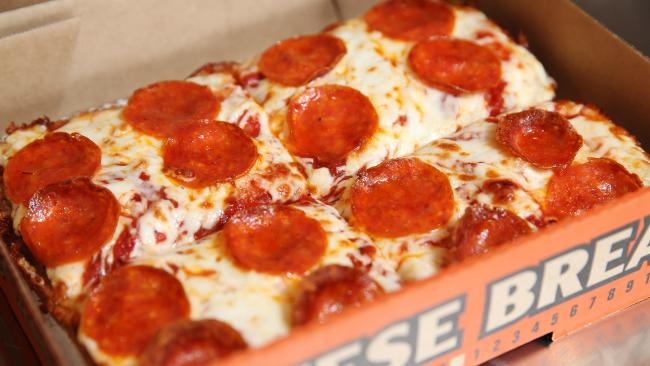 The chain, which is known for it’s over-the-top burgers and sides, already operates in more than 30 countries.

At the time of opening, Carl’s Jr. had the vision of setting up more than 300 restaurants over 10-15 years.

To date, the chain has just two stores in the country.

Since its inception in 1948, burger chain In-N-Out has gained a cult following all over the world for its simple but tasty burgers.

Based out of Irvine, near Los Angeles, In-N-Out outlets can be found all over California. It’s also expanded to outlets in Arizona, Nevada, Utah and Oregon.

And while the chain has no intention on moving permanently to our shores, they have ‘popped-up’ in several establishments across Sydney over the years — causing burger-mania in its wake.

Just last month, the chain set up shop in Surry Hills, where obsessive burger lovers lined up hours ahead to get their hands on a burger.

From a nutrition standpoint, Australia has one of the highest obesity counts in the world — with almost two in three adults either overweight or obese.

With consumers shifting away from fast food options, and into healthier alternatives to combat our growing waistline — Mr Koury believes his offering still has a place in the market.

“We make our dough from scratch, and never use concentrated tomatoes in our sauce,” he said.

“We are always exploring new products, and are working on a salad concept within our stores. “But from a nutrition standpoint, we take measures to make our pizza healthier — by not using oil in the pan, and having corn meal instead, and by not adding MSG to our pizzas.

“So when I look at pizza, and people say its horrible for you — we aren’t selling it as an every day option. It should be a fun food, and a treat.”