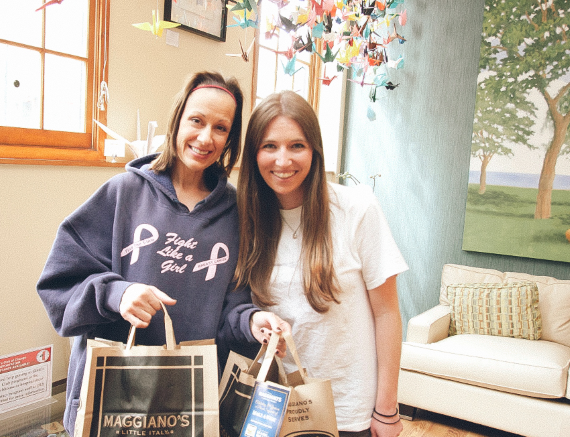 Courtney White founded Culinary Care in 2013 as a tribute to her late father. The mission was to bring cheer to other cancer patients in the form of high-quality meals delivered to Chicago hospitals. In short order, Culinary Care was delivering thousands of meals a year around the city, and she needed a software platform to keep ensure patients were never left hungry on account of a delivery mishap.

“I was manually putting everything into Google spreadsheets,” Ms. White says. “All of the scheduled deliveries were being pushing into Google Calendar invitations and I realized it just wasn’t working. I was at wits end.”

She explored other options, including Uber’s scheduling platform. But Uber required that she use their drivers rather than her own – something that would not work because Culinary Care relies heavily on staff who also add a personal touch to deliveries.

“Finally, I found that GetSwift managed everything I did manually – from scheduling to phone numbers,” Ms. White says. GetSwift’s software-as-a-service (SaaS) platform allows her to communicate directly with drivers, reducing the chance of late meal deliveries and dramatically increasing the amount of volume Culinary Care can accommodate.

Looking ahead, the next step is to take Culinary Care to more cities. Ms. White says she regularly gets requests from all over the country from people interested in bringing Culinary Care to feed cancer patients in their cities. “We have a map of the requests and our goal over the next five years is to expand and grow Culinary Care nationwide,” she says.

One reason Culinary Care has caught so much attention: It focuses purely on cancer patients, who are more challenging to feed than most. The reason is that cancer treatments including chemotherapy tend to stifle appetites and even change the experience of taste. That requires Culinary Care to seek out the most appealing meals from local restaurants that donate food.

“We are the only organization nationwide that serves only cancer patients,” Ms. White says. “They’re a unique client because they’re often not actually hungry and we need to make the experience special.”

She learned all about the challenge of feeding cancer patients from her father. During the last months of his life, friends and neighbors brought meals that she shared with her father and family that helped bring them to together and give them one less worry.

“We pay close attention to the emotional element of a dish,” Ms. White says. “GetSwift lets me focus on the most important things we do.”

Interested in conquering the chaos of delivery? GetSwift can help you start improving your delivery operation in hours. Get in touch.